Abstract– Japan is in an earthquake zone and, astrologically, Uranus is the ruler of earthquakes.  This study will examine the placement of Uranus in the charts of major earthquakes of a magnitude of 6 or higher on the Richter Scale.

Chi-Square distribution – this value determines if a measurement is statistically significant. It indicates whether the measurement is greater or less than the expected value.

Uranus Cycle – Uranus takes approximately 84 years to cycle through the 12 signs of the zodiac.

This study is a subsection of a more extensive study in which we are trying to predict earthquakes of greater than a 6 Magnitude.  The study originated as a global study without much success.  We decided if we focused on a localised area, we would get better results.  The area chosen was Japan as the country is localised on a fault line.

Astrologically, Uranus rules earthquakes. Therefore this study will try to determine if Uranus’ placement in signs will have any bearing on earthquakes and therefore allowing us to predict if there will be more seismic activity during the various periods.

Uranus has an 84-year cycle through the zodiac spending roughly 7 years per sign.  The period for earthquakes used in this study was taken from 1934 to 2017 when Uranus was at 25° Aries to 25° Aries.  There were 822 major earthquakes in this period.

This equates to 68.5 earthquakes per sign, although, the actual time spent per sign is not uniform.  Table 1 illustrates the distribution.  Most of the signs are roughly around the 7-year mark. 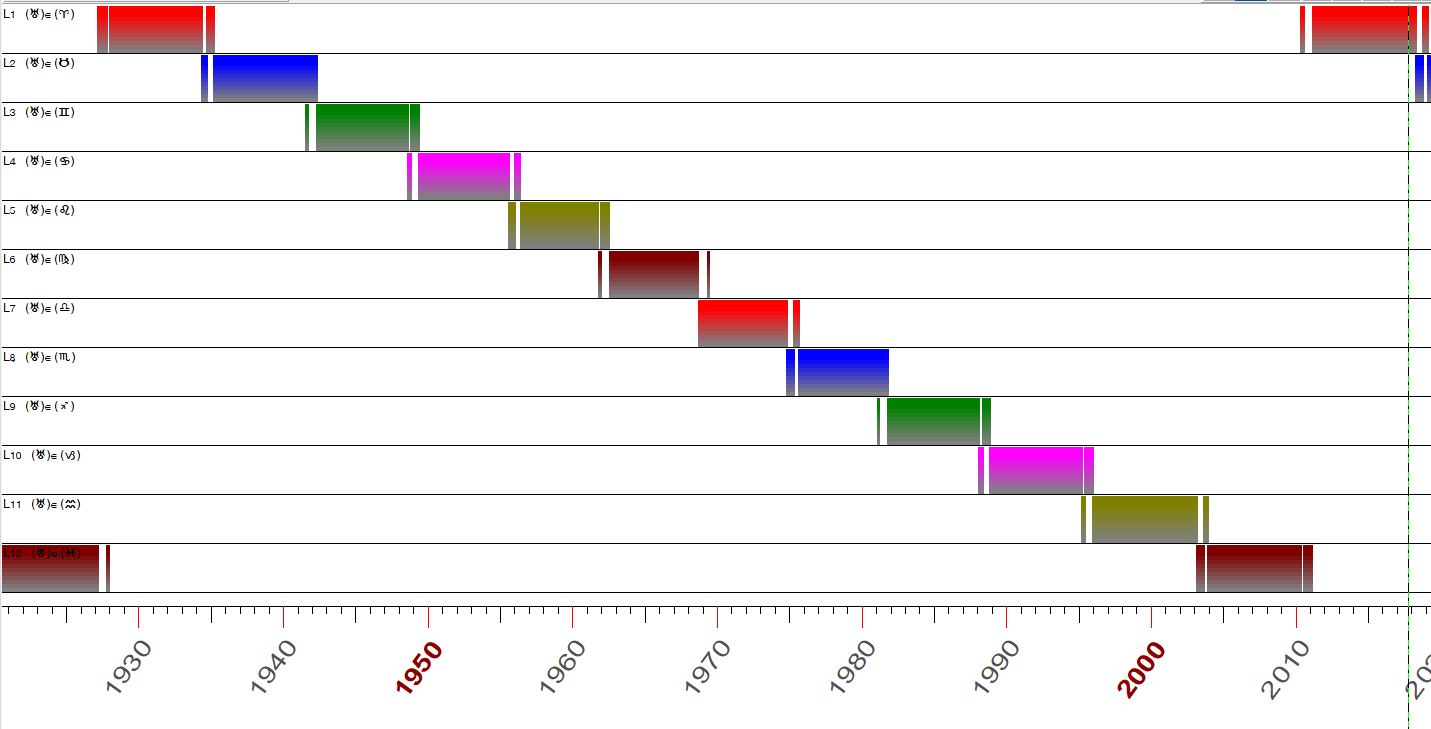 Uranus through the signs. 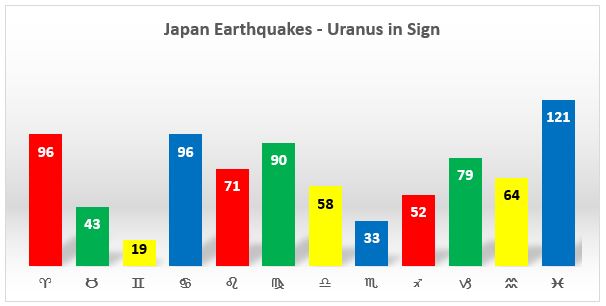 Figure 2 Uranus in the signs