To ancient people, eclipses were an ominous event. If the Sun or Moon would disappear from the sky, the ramifications would obviously be disastrous. However, they did not understand the cosmos, so they did not realise this was just temporary.

There are points in your astrological chart where the eclipses (solar and lunar) occur in transits.  They happen twice a year.  The last solar eclipse was on 14 December 2020.  If an eclipse hits an angle in your chart or a planet, then something significant will happen. It isn’t always malefic, but sometimes it can be benefic.

On 23 February 2021, Tiger Woods was driving down a winding road, lost control of his car and crashed.  It was determined he was not intoxicated.  Woods was on his way to an appointment, and it is suspected he was late, causing him to speed.  This would explain why he lost control of his car.  He sustained several injuries, including breaks to his tibia and fibula, ankle and foot requiring pins. 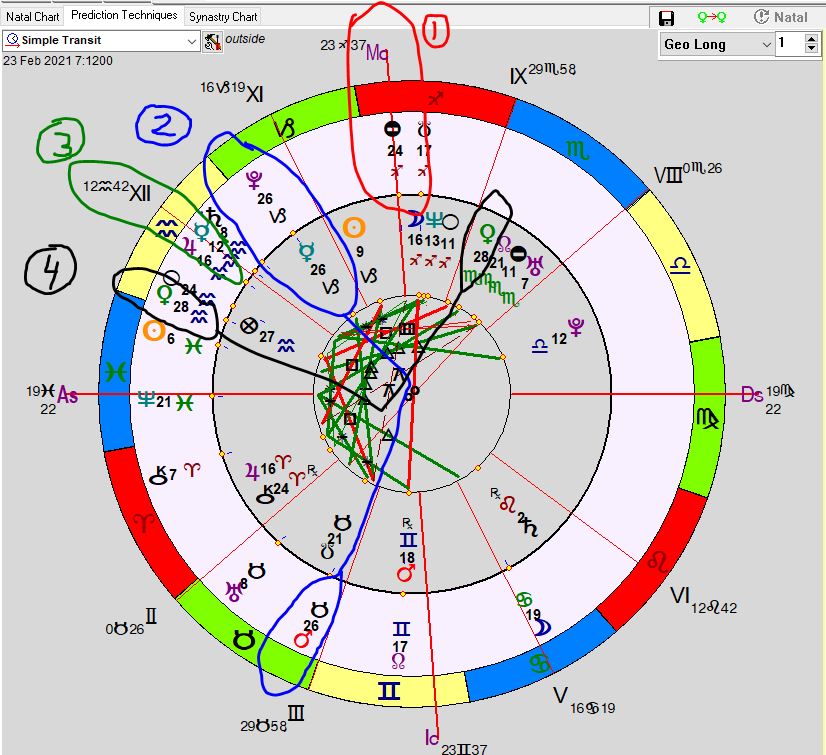 Transits on the day of the accident

Venus rules his third house of communication, and Mercury (communication) are in play here, and he may have been distracted while navigating a dangerous road.

In closing, an eclipse with a significant hit to an angle or planet combined with some potent transits will indicate a significant event in the person’s life.