Edit for 6-Jan-2021.  The storming of the Capitol Building in Washington will be a flavour of the events to come.  Most of the astrological community does not think this inauguration chart will be favourable.  At the time of the storming 14:15, Mars was in 29°56′ of Aries.  The last degree of a sign is considered a critical degree.  Mars and the sign it rules Aries, will raise issues of anger and that is what happened on that day.  With the crowds dispersed from the Capital does not mean that anger will go away.

The inauguration of USA president-elect Joe Biden will occur on 20 January 2021.  Previous ceremonies have started at 11:30 am so I will use the same time.  Here is the chart: 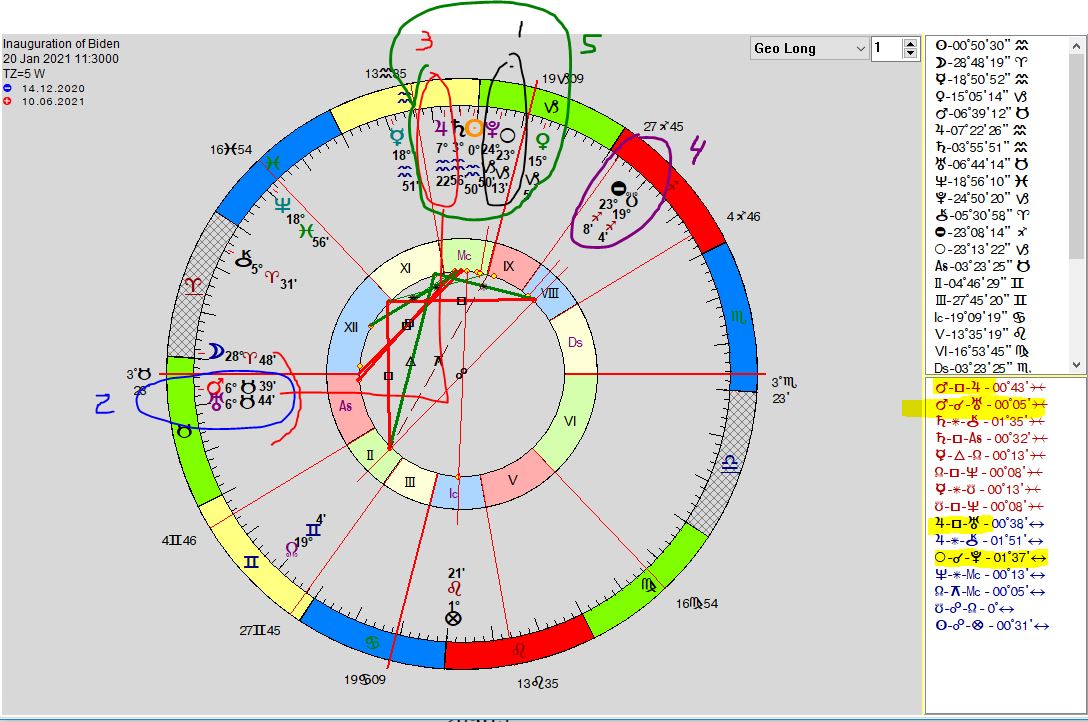 The Moon can be used for timing, and the chart for 15:35 will have the Moon conjunct Uranus/Mars in the fifth house and in an exact quincunx aspect to the chart’s ascendant.

This chart does not give you the warm and fuzzies as it portends a violent event directed at a nation’s identity and possibly directed at its leader.  It could represent a radical change that would be indicative of the incoming government’s approach as opposed to the previous.  It can be the chart of revolution.   Moving it a few days later would help, but you cannot do that.