Russian forces invaded Ukraine in a predawn strike. I don’t see anything glaring in the charts of the countries aside from what I found in the last newsletter (geoffl53.sg-host.com/russia-ukraine). However, you can see some interesting results in Vladimir Putin’s birth chart.

He was born in St. Petersburg (Leningrad) on 7 October 1952, around 9:30 am. Note: his chart has a DD Roden rating, meaning uncertain or unverified time.

If we look at the transits for the time of the invasion, which was approximately at 5 am on 24 February. 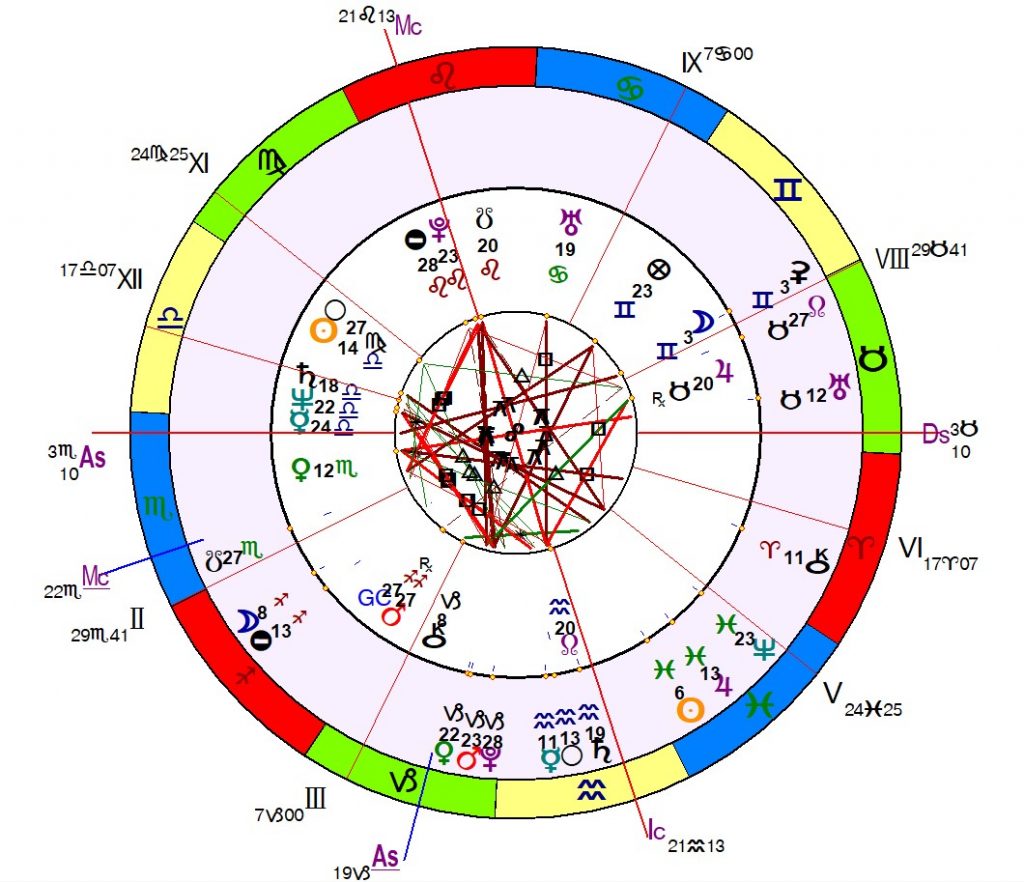 The dwarf planet Ceres is conjunct his Moon in the eighth house of other people’s possessions. Ceres is the Roman goddess of grain, and Ceres is Demeter in the Greek pantheon. Ceres, astrologically, has to do with parental issues. In mythology, Ceres stopped plants from growing when Pluto/Hades took her daughter Persopina/Persephone to the underworld. The gods made an agreement to have Persephone live with Pluto half the time and her mother the other half. This is representative of the seasonal growth of plants where they don’t grow or bear fruit during the winter (Pluto = death), and she brings life and growth for the other half of the year.

The Moon rules Putin’s ninth house of foreign lands, and it is in the eighth of other’s possession. Since Putin feels Ukraine should be part of the old Soviet Union, Ceres suggests taking the dissident child back or its resources.

He has transiting Mars, war, heading for a conjunction to Pluto, the planet of power and control in his third house of neighbours. Mars is in a quincunx to his natal Pluto in his tenth house of career, which means he is in a tense situation regarding aggression with respect to power and control. He is challenged to make adjustments in this regard. The previous solar eclipse is in his second house of possessions, and values bring about focus and possible severe impediments to his finances both nationally and personally.