Once again there is unrest in Iran. On September 16, a Kurdish woman, Mahsa Amini, was detained by Iran’s “morality police” for allegedly breaking headscarf rules. It was reported that the “police” beat her head with a baton and bashed her head against one of their vehicles. The police said there was no mistreatment, and she suffered “sudden heart failure”.

This sickening act sparked outrage, which led to protests and violent uprisings against the government, which have not been seen since 2019. They are dealing with the protests with live ammunition, and two dozen deaths have been reported. Arrested protesters have been beaten and held in crowded cells with no food or water. The government have shut down the internet and arrested 11 journalists. 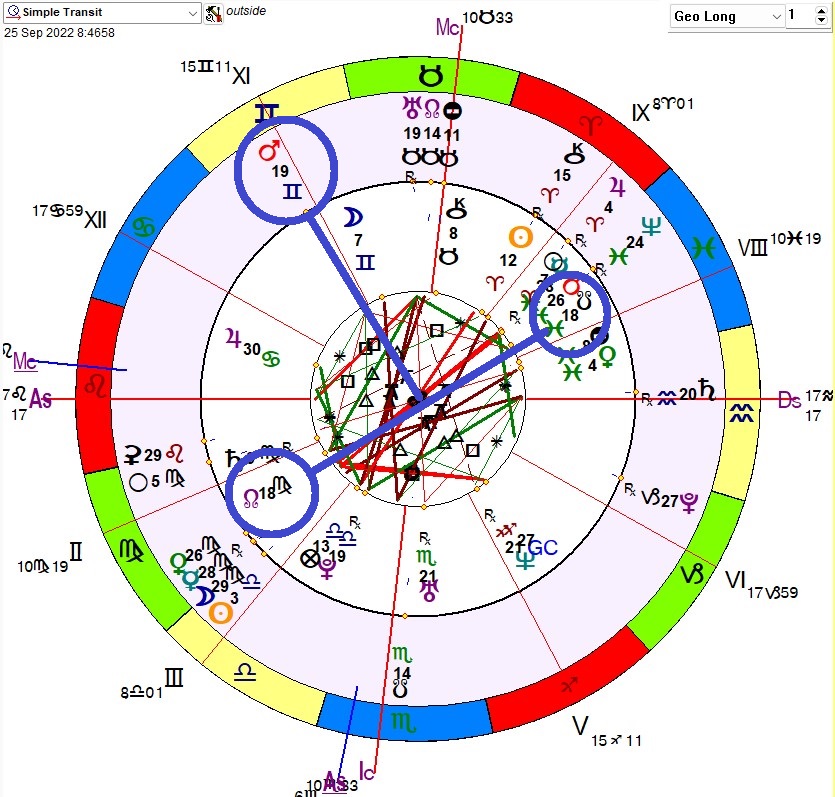 The previous eclipse on the Midheaven of the chart indicates there will be some potential power struggle and could either suggest there would be some type of change in power. The eclipses can signify endings, but they can also be some form of empowerment. The Midheaven or tenth house cusp is that of the government.

The sixth house ruler is Saturn, on the cusp of the seventh house of enemies but opposite the Ascendant or the people. The sixth house rules servants of the state or, in this case, the so-called “Morality Police”. This is indicative of the thugs beating and killing the protesters, be they peaceful or vocal.

The riots are indicated by Mars squaring the natal nodes of the Moon. This is called the bending of the nodes and has a profound effect on the direction in a person’s chart as well as that of a country. Typically, Mars moves quickly, and there might be a hiccup. That hiccup is when Mars retrogrades.

In transits, the first hit is the event, the second is the climax, and the third is the resolution. What Mars squaring the nodes will indicate is  further clamping down by the government and said “religious” rulers and escalated violence by the government forces but also in retaliation by the poeple. There may be further revolutions by spring of 2025.