Can you predict the weather? How do they do it in the Farmer’s Almanac?

The answer to that is astrology. By looking at the charts for the quarter moons for an area, you can predict the weather for that period. CBC’s website gave a timeline for the flooding and mudslides in British Columbia, which washed out railroads and highways in the centre of the province, cutting off the west from the rest of Canada.

The planets have specific meanings with regards to the weather.  According to Zain:

Using this information, let us examine the British Columbia flooding. The rains started on 12 November 2021. The storm touched down the next day by 11:00, where torrential rain began falling across much of the province. I picked Chilliwack to set the chart for the quarter moon before the rain started. 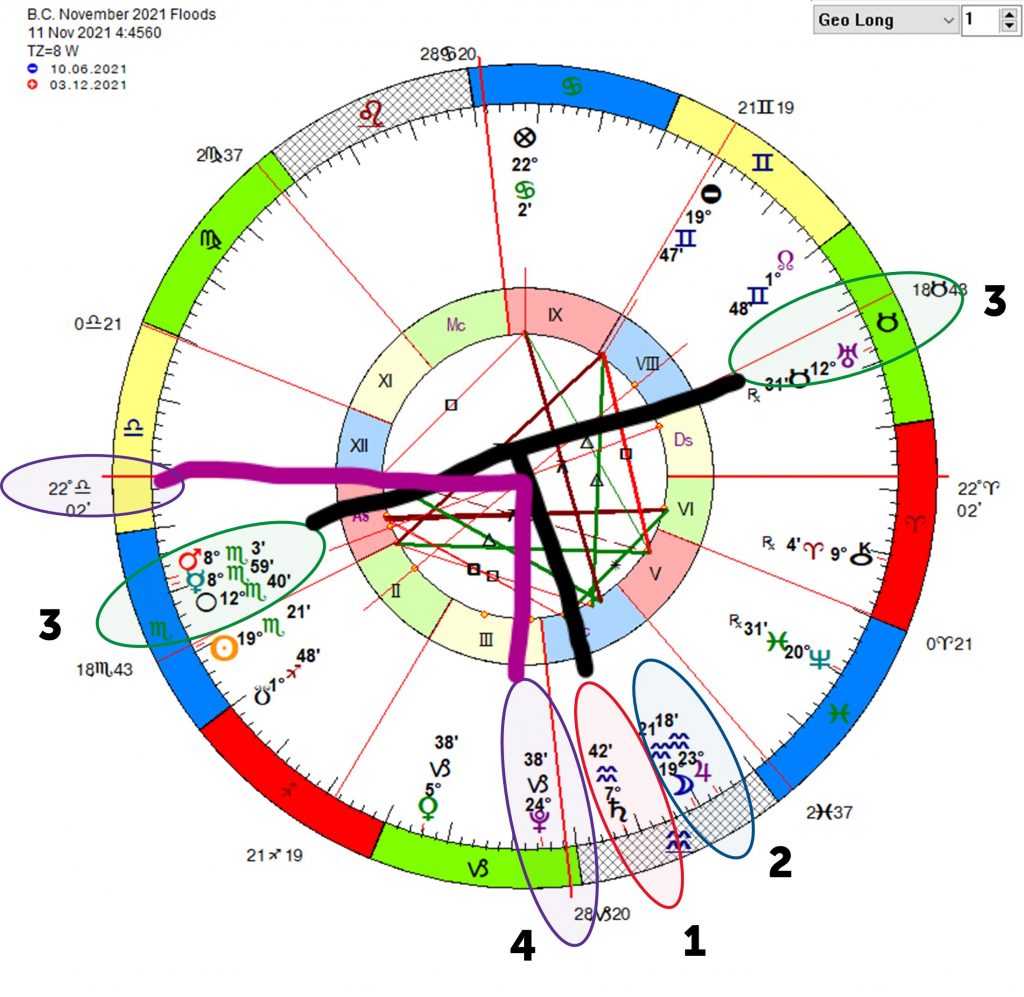 As one can see, the chart depicted the weather conditions, although the severity level might be harder to ascertain.

Neptune brings about freak weather conditions, and it is in a quincunx to the ascendant, which could explain the flooding. It is also squaring the previous eclipse, which trines the ascendant, providing some fodder to the fuel of the chart.